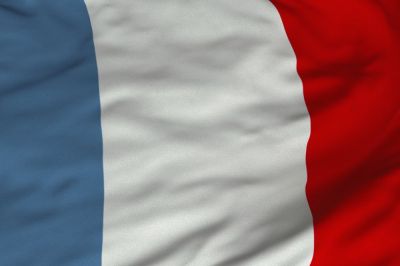 The first cycle programmes is represented by : Bachelors (3-year-course) and some Short-cycle course (2 years of studies), corresponding to a first cycle level, mainly concern the industrial, service and paramedical sectors.

The "licence" (or bachelor degree) in the LMD system replaced the former university first cycle of studies leading to a " diplôme d'études universitaires générales " (DEUG) prepared in two years and followed by a "licence" (or bachelor degree) prepared in one year. University studies leading to the "licence" (LMD) are structured into six semesters (3 university years). They are organised into domains, in the form of standard initial and continuing training courses. These courses lead to the awarding of various "licences" that confirm a validated level by obtaining 180 European credits. They allow the awarding, on the intermediate level, of various types of national diplomas validating a level corresponding to 120 European credits. The courses in particular pursue the goals defined for the diplôme d'études universitaires générales (DEUG), multidisciplinary "licences", the public administration "licence", the diplôme universitaire de technologie (DUT - university technological diploma); the diplôme d'études universitaires et techniques (DEUST - university and technical studies diploma) and the national guide-interpreter's diploma.

Universities can also organise courses targeting new objectives, either in terms of the "licence" or an intermediate level.

One of the objectives of the Minister's policy is to reduce the "licence" failure rate. To do so, the multiannual plan for success in "licence" (for the period 2008-2012) was launched in 2007. It involves considerable investments to achieve three major objectives:


Courses leading to the following diplomas may be cited:

Courses offered at the master's degree level satisfy a dual objective of preparing students for research and providing courses leading them to high level professional integration. The master's degree is awarded after acquisition of 120 credits after the "licence" (bachelor degree) on the basis of training organised in four semesters.

The first 60 credits (M1) can, by request of the student, receive an intermediate level national "maîtrise" diploma.

The remaining credits lead to the awarding of the national "master" diploma.

Universities are now bound by the Bologna process and have integrated their old courses into these new ones.

Decree no. 2005-450 of 11 May 2005 stipulates that the national "licence" (bachelor), master and "doctorat" (PhD) diplomas can be issued within the framework of international partnerships. International partnerships are organised by an agreement signed between one or several French high education institutions and one or several foreign higher education institutions. The agreement in particular defines the training methods, constitution of teaching teams, testing of knowledge and aptitudes and certification methods.

The "doctorat" (PhD) is prepared in six semesters (it corresponds to a baccalauréatdiploma + 8 years of study). The diploma is awarded after presentation of a thesis.