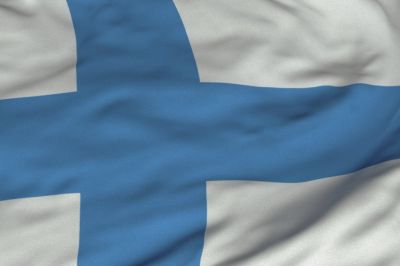 The principle underpinning the education system is to ensure a supply large enough to enable the whole age group to continue in upper secondary vocational training, polytechnics or universities after general education. Concerted efforts are also made to keep adults' education and qualifications up-to-date.

Most students continue their studies after basic education

Student selection to upper secondary schools is mainly based on the students’ grades in their basic education certificate. The selection criteria used by vocational institutions can include work experience and other comparable factors, also entrance and aptitude tests.

The syllabus of general upper secondary education is designed to last three years, but students may complete it in 2 to 4 years.

Instruction is organised in modular form not tied to year classes and students can decide on their individual study schedules rather freely. Each course is assessed on completion and when a student has completed the required number of courses, which include compulsory and elective studies, he or she receives a general upper secondary school certificate.

Vocational institutions offer training for vocational qualifications and further and specialist qualifications, which are especially intended for mature students.

The scope of vocational qualifications is three years of study and each qualification includes at least half a year of on-the-job learning in workplaces. Vocational education and training can be completed in the form of school-based training or apprenticeship training.

Competence-based qualifications provide adults a flexible way to enhance and maintain their vocational skills. A specific benefit of this system is that it makes it possible to recognise an individual’s vocational competences regardless of whether they have been acquired through work experience, studies or other activities.

At universities students can study for Bachelor's and Master's degrees and scientific or artistic postgraduate degrees, which are the licentiate and the doctorate degrees.

In the two-cycle degree system students first complete the Bachelor's degree, after which they may go for the Master's degree. As a rule, students are admitted to study for the Master’s degree.

There is restricted entry to all fields of study. As applicant volumes outweigh the number of places available, universities and polytechnics use different kinds of student selection criteria. Most commonly these include success in matriculation examination and entrance tests.

The Finnish higher education system consists of two complementary sectors: polytechnics and universities. The mission of universities is to conduct scientific research and provide instruction and postgraduate education based on it. Polytechnics train professionals in response to labour market needs and conduct R&D which supports instruction and promotes regional development in particular.

The system of polytechnics is still fairly new. The first polytechnics started to operate on a trial basis in 1991−1992 and the first were made permanent in 1996. By 2000 all polytechnics were working on a permanent basis.

Polytechnics are multi-field regional institutions focusing on contacts with working life and on regional development.

The Finnish higher education system consists of two complementary sectors: polytechnics and universities. The mission of universities is to conduct scientific research and provide undergraduate and postgraduate education based on it.

Universities must promote free research and scientific and artistic education, provide higher education based on research, and educate students to serve their country and humanity. In carrying out this mission, universities must interact with the surrounding society and strengthen the impact of research findings and artistic activities on society.

Under the new Universities Act, which was passed by Parliament in June 2009, Finnish universities are independent corporations under public law or foundations under private law (Foundations Act). The universities operate in their new form from 1 January 2010 onwards. Their operations are built on the freedom of education and research and university autonomy.

Universities work in cooperation with the suspending society and promote the social impact of research findings.

The higher education system, which comprises universities and polytechnics, is being developed as an internationally competitive entity capable of responding flexibly to national and regional needs.

At the Ministry of Education and Culture university education comes under the Department for Higher Education and Science Policy.